Understanding the Procedure of a Felony Criminal Charge 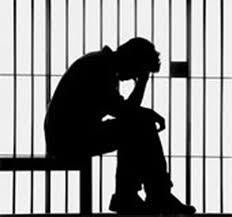 Understanding the Process of a Criminal Charge is Vital

I firmly believe that a significant part of criminal defense work is helping the client understand the process of a criminal charge.  Understanding how something works is a great tool in alleviating the stress of uncertainty.  I have been practicing criminal law for over twenty years in the Lexington, Kentucky and Central, Kentucky area.  In fact, my practice has taken me all over the state for criminal law matters.  In every circumstance, one of the first things I do is explain procedure and how the case will proceed and what happens at each step along the way.  This post is designed to give you that information so you better understand.  With knowledge comes relaxation.  This post will focus on those charged with a felony.

In Kentucky, if you are charged with a felony and in jail, the first step in the court process is the pre-trial interview.  You will be asked questions about where you live, work and general history.  This will compile into a pre-trial report which includes your criminal background history.  This will also contain an assessment of your "risk level."  Lower is obviously better.  This entire report will go to the judge who will then review it and make a decision on bond.  Now, this is just the initial determination and may, in fact, change.

The next step in the process, whether you have bonded out or not, is your arraignment.  Let us assume at this point that you have an attorney.  If you do not, and cannot afford one, one will be appointed to you at this point of the process.  In some counties, they have the public defender there to handle the arraignment.  In others, the public defender is appointed but not physically at your arraignment.  In those cases, a "not guilty" plea will be entered and your appointed attorney will meet with you afterwards.

If your case proceeds to the grand jury, you will most likely not be involved in this process.  The grand jury process is not to determine guilt or innocence.  It is solely used to determine if there is probable cause to issue an indictment.  The prosecutor presents its witnesses and proof to the grand jury and they have to determine if probable cause exists.  The defense attorney is not allowed to be in there.  This is why, in nearly all cases, no defense proof is presented.  The criminal defense attorney is not allowed in there even if his/her client were to testify.  This is why the old saying exists, "A prosecutor could indict a ham sandwich."

Now, an indictment sounds scary (as does "grand jury").  However, in terms of function, it is only a charging document like a speeding ticket.  A speeding ticket alleges you were going 55 in a 35, for example.  An indictment merely alleges the commission of a felony.  It does not mean that you have been found guilty.

If you are indicted, you will appear before the Circuit Court for your arraignment.  A "not guilty" plea will be entered and the court will set some additional court dates.  Every county is different in what dates it sets.  In Fayette County, for example, you will have a pre-trial conference date set as well as a status conference date.  The pre-trial conference is when you will sit down with your attorney and the prosecutor and discuss issues and potential resolutions to the case.  Some sort of initial plea offer will usually be extended form the prosecutor.  The judge is not at these pre-trial conferences.  You then return to court on your status conference date.  This is when the parties inform the court if the case needs to be continued, is resolved to an agreement, needs to be set for trial or some other hearing.  These "other" hearings could be a suppression hearing, for example.  This is when a defendant is asking for evidence to be suppressed due to some defect.  Common defects would be an illegal search or an invalid search warrant.  These are questions that a judge has to determine prior to having a trial on the matter.

Other counties have different procedures.  These procedures can even vary in-county and depending on the judge.  One county has two Circuit Court judges.  At the arraignment, one of them sets the matter for a trial date.  There is no pre-trial or status conference.  It is up to the attorneys to handle everything without these specified dates.  The judge requires that he be informed as to what is happening at least seven days before trial or else the only options are going to trial or an "open plea."  This is where you plead guilty without an offer and the judge determines your fate.  The other judge in this circuit does not follow the same process.  He has pre-trial conferences and does not automatically set things for trial.

If you enter a guilty plea or are found guilty at trial, you will have to go through the sentencing procedure.  Your sentencing will be set off for around 4 to 6 weeks.  This will allow time for a probation officer to compile a pre-sentence investigation report ("PSI").  This includes an interview with you.  This also includes things like your family history, work history, substance abuse history (if any) and criminal history.  The report may, or may not, contain a recommendation for probation (or not).  This report is produced to the court and your attorney for review prior to sentencing.

At sentencing, your attorney will speak on your behalf.  You have the opportunity to speak as well.  However, that is a strategy question and not a procedure issue.  The judge will then determine whether to impose jail time or permit you to be placed on probation (if you are eligible).  There may be other options like drug court.

I hope this general discussion of felony procedure has been helpful and provides you with some foundation of informational security.  As you can surely understand, this is why you need an attorney who is experienced in the practice of criminal law.

Jason Rapp was born and raised in the greater Philadelphia area.  From 1991 to 1995, he attended college at Wake Forest University in Winston-Salem, NC where he graduated with a B.A. in History.  He chose to attend law school at the University of Kentucky and graduated from there in 1998.  Jason ...

Thank you for contacting us. We will get back to you shortly.

Please complete all required fields below.

Whatever issue you are facing, the sooner you contact us, the sooner you can gain information and put our knowledge and experience to work for you. Let's get started eliminating the fear of the unknown.