CRIMINAL LAW: THE BASICS OF A FOURTH AMENDMENT SEARCH AND SEIZURE ANALYSIS 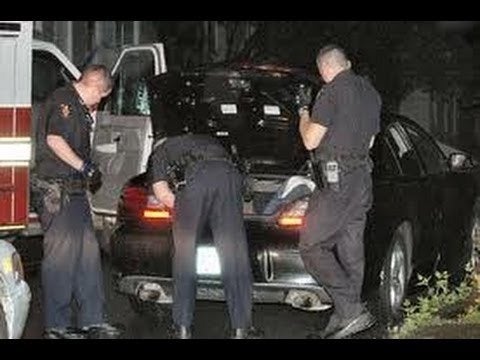 In both federal and state courts, many criminal cases (especially drug-related) will hinge on a complete analysis as to whether or not law enforcement followed proper procedures with respect to an individual's protections under the Fourth Amendment to the U.S. Constitution.  The Fourth Amendment reads as follows:

The right of the people to be secure in their persons, houses, papers, and effects, against unreasonable searches and seizures, shall not be violated, and no Warrants shall issue, but upon probable cause, supported by Oath or affirmation, and particularly describing the place to be searched, and the persons or things to be seized.

That is only fifty-four (54) words.  Those fifty-four words have spawned intense litigation filled with variables, exceptions and complex analysis.  To summarize it all would lead to a blog post that would be a textbook.  However, I do want to provide a very general and basic background to the analysis as information for those who may be dealing with such an issue or have questions about whether their case may turn on it.  As always, you will need the help of an attorney well versed in issues such as these.  I have been practicing Criminal Law for over twenty years, three of which I spent as a prosecutor.  In my Criminal Defense practice, I have seen this issue come up countless times.

It is axiomatic that probable cause is required to effect a warrantless arrest.  Michigan v. DeFillippo, 443 U.S. 31, 36 (1979).  “Under the Fourth and Fourteenth Amendments, an arresting officer may, without a warrant search a person validly arrested.”  Id. (emphasis added).  “Whether an officer is authorized to make an arrest ordinarily depends, in the first instance, on state law.”  Id. (emphasis added)(citations omitted).   It is patently obvious that the exclusionary rule is, “triggered where evidence is obtained following an unlawful arrest.”  United States v. Howard, 621 F.3d 433, 451 (6th Cir.2010).

The general examination that courts have undertaken is a balancing test.  The court must look at the benefits of deterrence and weigh them against the societal costs.  Illinois v. Krull, 107 S.Ct. 1160, 1166 (1987).  When examining this, the Supreme Court has held, “the deterrence benefits of exclusion ‘var[y] with the culpability of the law enforcement conduct' at issue. When the police exhibit ‘deliberate,' ‘reckless,' or ‘grossly negligent' disregard for Fourth Amendment rights, the deterrent value of exclusion is strong and tends to outweigh the resulting costs.”  Davis v. United States, 564 U.S. 229, 238 (2011).  This was previously established in examining suppression as an appropriate remedy as the decision is tied to, “the culpability of the police and the potential of exclusion to deter wrongful police conduct.”  Herring v. United States, 555 U.S. 135, 137 (2009).  The exclusionary rule applies when the conduct is, ““sufficiently deliberate that exclusion can meaningfully deter it, and sufficiently culpable that such deterrence is worth the price paid by the justice system.”  Herring v. United States, 555 U.S. 135, 144 (2009).

As you can no doubt see, the issues presented with an illegal search and/or seizure analysis start off complex.  They only get more so from there as the particular facts of the case can lead in any number of directions.  Most often, the facts that are at the center are the those that demonstrate the actual law enforcement conduct.  This is where a thorough and complete review of body camera footage can be so vital.  There also may be search issues related to a drug dog and/or a digital device such as a cell phone.  These are more common every day and have their own Fourth Amendment analysis.

I hope this introduction has been helpful.  If you need any assistance and someone who will thoroughly and completely protect your rights, do not hesitate to contact me immediately.

Jason Rapp was born and raised in the greater Philadelphia area.  From 1991 to 1995, he attended college at Wake Forest University in Winston-Salem, NC where he graduated with a B.A. in History.  He chose to attend law school at the University of Kentucky and graduated from there in 1998.  Jason ...

Thank you for contacting us. We will get back to you shortly.

Please complete all required fields below.

Whatever issue you are facing, the sooner you contact us, the sooner you can gain information and put our knowledge and experience to work for you. Let's get started eliminating the fear of the unknown.